Saturday was the German Logic Masters in Stuttgart. I’m mostly happy with how it went, placing fifth after last year’s seventh in what was probably a stronger field. Though missing place four and thus the A-team for London by a single point is a bit hard.

The puzzles were great, I particularly enjoyed the “special” rounds, such as the Doppelter Rundweg or the final Vier Jahreszeiten. They’re available now as online contests.

I had a bit of time this year and made some puzzles in preparation that I’m going to post over the next couple of days. The first is a Sackbahnhöfe. 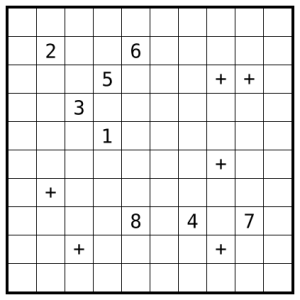 See the contest page for instructions that include an example.